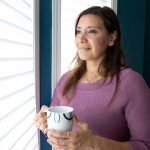 Today we will work on develop awareness of our self-critical behaviors and reduce them.

As I said yesterday, the only way to accept ourselves is to control and reduce our negative self-talk, today we will focus on the way we are critical toward ourselves and how to change that.

I think the most difficult part of building a healthy and positive self-image is to control our thoughts and most importantly the self-criticism. This inner critic has been with us for a long time and has been affecting our daily life from the way we think, to the way we act and feel.

Ruth Baer, Ph.D. in her book The Practicing Happiness Workbook tells us that is very common to think that being critical towards ourselves is helpful because it “motivates” us to change, but the reality is another thing entirely. The thing of having critical thoughts leads us to refrain from acting up on our wishes, thinking that we can’t do it. And this criticism generates bad feelings, like shame, guilt, sadness, frustration, hopelessness. As you can see being critical really affects your behavior and the way you act around other people.

Some examples of self-criticism can be:

Have you used any of these phrases or something similar? Well think about it, sometimes we don’t even notice it anymore, they are so ingrained in our minds, and we are so used to it that we don’t realize the impact that those thoughts have in our self-esteem and our lives.

Now, ask yourself, who would I say these things to? Who would I treat this way? I can tell you that most people wouldn’t use this kind of language with their friends, family or anyone that crosses their path, and nevertheless, you use it on yourself. Is it shocking enough? 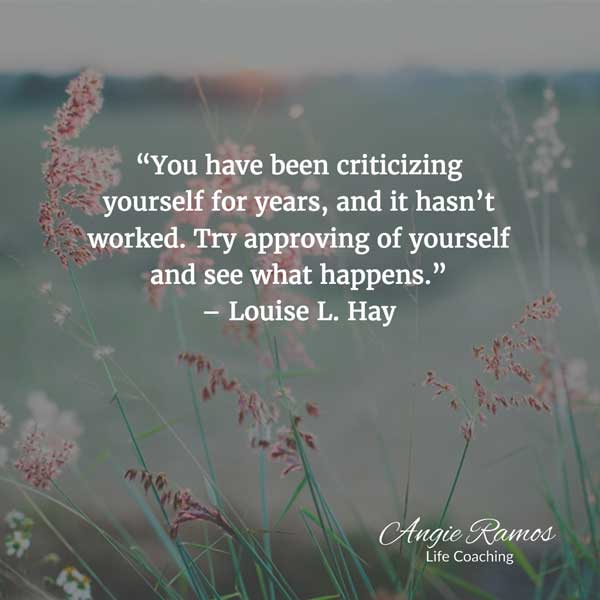 Habits and practices to help you tame your inner critic

Be aware of your thoughts

As you can see the best way to reduce your negative self-talk is to be conscious of your thoughts and negative patterns. You have to start being more mindful and more compassionate with yourself and by identifying your negative ideas about yourself will help you to do that.

Identify what triggers your inner critic

Every time you hear your inner critic, step back and analyze what were you doing or what happened that triggered your inner critic to come out. By doing this you will start identifying your thought patterns and your negative self-talk, and it will also allow you to realize what is actually happening and what is just part of your subconscious just trying to “protect you.”

Exercise to tame your inner critic

A good exercise for today is to give yourself 15 minutes before going to bed to reflect and analyze all the things you thought about yourself and the things you told yourself. Make a list with all these things. Once you have it, interpret the words you chose, remember what happened before you thoughts those words. Think of the alternatives, what would happen if someone else, someone you know makes the same things or were in the same situation you did before and what would you say to them, how would that make you feel.

This exercise will make you realize that you are far more compassionate and gentle with other people than with yourself.

Every time you start treating yourself to harsh, try to think of this situation as if you were someone you loved, how would you treat him/her? How would you react?.

Affirmation of the day to reduce self-criticism

Remember that affirmations work better when you are more conscious of your inner dialogs and try to have a more positive attitude throughout the day. 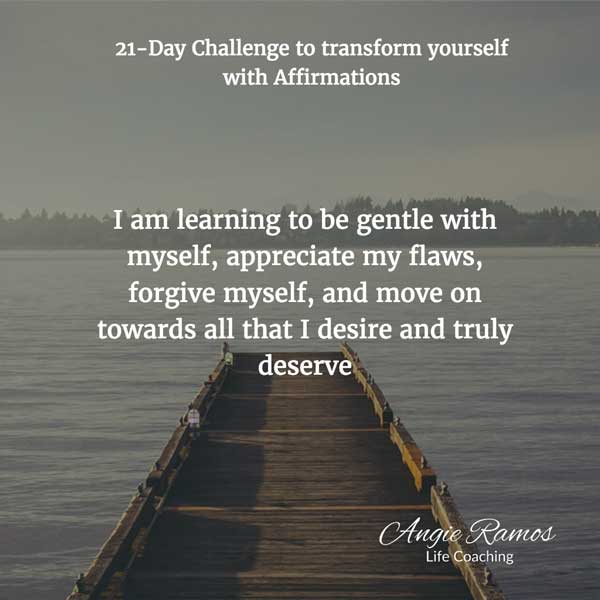 Self-Assessment Tool: The Wheel of Life

Visit the challenge page where you will find more affirmations and exercises to work on yourself and transform your life.

5 immediate and easy ways to silence your inner critic at tinybuddha.com

Psychology Today has amazing resources and tips to improve your self-esteem and more to overcome your inner critic.

Photo by qinghill on Unsplash